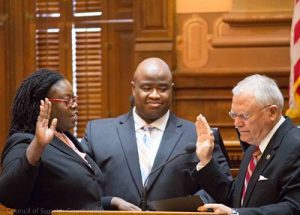 Judge Holly Veal, who formerly served as a judge on the Henry County Magistrate Court, was sworn in a Superior Court Judge in the Flint Judicial Circuit.